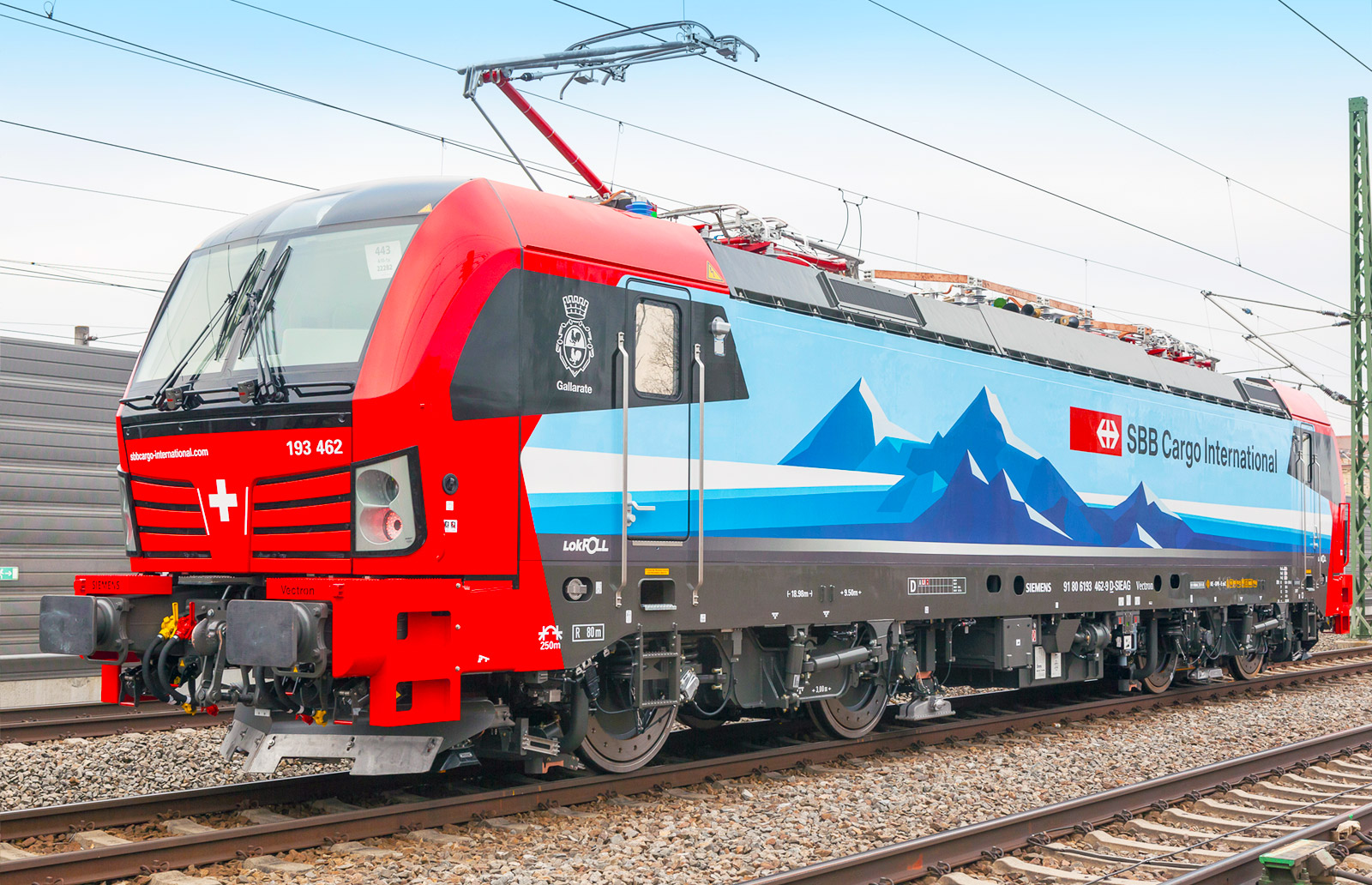 This is the Vectron design for SBB Cargo International

In October 2016, Rail freight operator SBB Cargo International asked Railcolor Design to develop a new livery for its new generation of electric locomotives for cross-border freight traffic. Together with all stake holders, Railcolor Design was able to create a base livery design, bringing together two different worlds:

The new design is a combination of both familiar and new elements. You may recognize the red fronts and blue sides, known from the SBB Cargo design for its locomotives that was introduced in the early 00s. All cabin windows are 'masked' with black, a design element applied on that can also be found on various SBB rolling stock such as the FLIRT trains and 460 series locomotives. It brings a serious and high quality feel to the design.

New is the light blue base color, representing SBB Cargo International as a new, open and flexible company, with a bright future ahead. The company is also proud it has 'tamed' the Alps since the Gotthard Base Tunnel has opened. As these new Vectrons will also be true 'Alpäzähmer' locomotives, they feature a side design showing a mountainscape being 'pierced' by a bright white line. Coming through!

And then there is the icing on the cake; the Swiss cross. We don't need to explain that one right?

All 18 locomotives will be named after a city. Each machine will be decorated with a city's coat of arms. The first two machines that are released are the 'Olten' and the 'Gallarate'.

Do you also want to further develop your company's story? And make it visible? Then don't hesitate to contact us. We will be happy to explain to you how we work and what we can do for you.

The series is expanding

On 05.02.2018 during a special event, the 193 463 'Duisburg' was presented in the German city with the corresponding name. The city's mayor Manfred Osenger and SBBCI’s CEO Michail Stahlhut brought out a toast on the new colorful locomotive.

Duisburg mayor Manfred Osenger and SBBCI’s CEO Michail Stahlhut bring out a toast on the new 193 463: the Duisburg

Every LokRoll > SBBCI locomotive will sport a name of one of the key cities in the network of SBB Cargo International along the north-south route. A list: