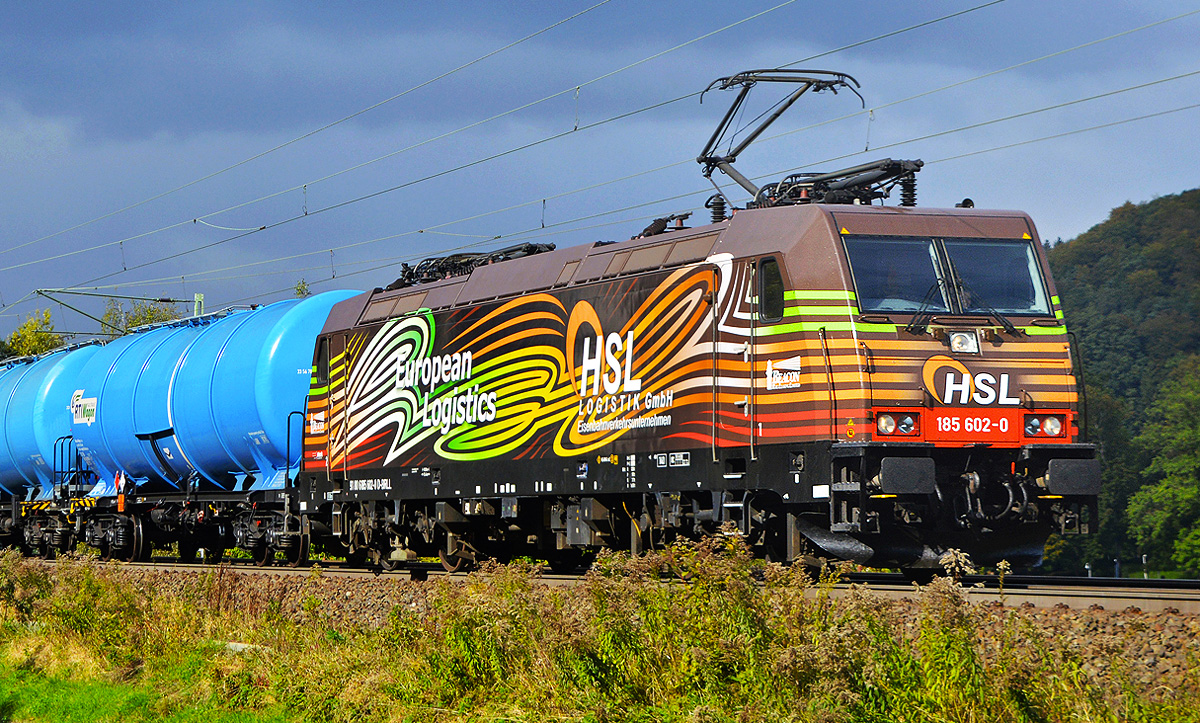 Signing a ten-year lease contract calls for a special livery. Railcolor Design was asked to come up with an idea for an 'Hingucker', a design that should turn heads. So we did. The operator of the locomotive, the German railfreight company HSL Logistik, likes to paint its rolling stock brown. And it uses four horizontal, orange lines as its signature. An idea was born.

From idea to final design. HSL Logistik's four orange stripes were used to write and compose, resulting in a colorful livery. The design was cut up in 15 strokes per side, 3 strokes for every front, than printed into extremely durable 3M stickers. These were applied one by one onto the locomotive.

A little fun must be

Since its release early September, we carefully track and trace locomotive 185 602. Railcolor.net has a profile page about this machine displaying its history and showing up to date pictures.

In 2018 Fleischmann its N scale model of the HSL art locomotive design. Such an amazing print job on such a tiny scale - 160 times smaller as the original.